Skip to content
Barbara Massey was born in 1912 and lived in the Old Rectory, Eversholt, from about 1922 until 1937. Barbara’s reminiscences were put online recently by her daughter, Prue King, following Barbara’s death in 2008. Prue collaborated with Emrys Williams to pull together Barbara’s Eversholt memories of the rectory and of Boy Scouts in Eversholt.

I, sadly, lost touch with our lovely village, Eversholt, and with the boys, tho’ I did get news of them from Janet, who married Alan Barr, the Schoolmistress’ son. I was traveling all over the world, having children and being a Naval Officer’s wife. Many years went by and I had taken up Glass Engraving. I went to a Symposium led by Lawrence Whistler. It was not far out of my way to Cambridge to call in at Eversholt the first time for many years and things looked a bit different. For Instance the Charwoman’s house (Stan Fleet’s Mother) was now a bijou residence with flower boxes in every window, a very different place to the grubby, untidy cottage I knew!
I went to the village shop to try to find any of the ‘boys’. I asked for Stan Fleet, no, there was no boy of that name in the village. There was an old man called Stan Fleet but he was 75. As I was 77 of course he was the one!
I visited the house he then lived in and we were so pleased to meet again and had a lot to talk about. He suggested that on my way home I should stay at the Bedford Arms in Woburn and he would give a party for as many people of our days he could find. I willingly agreed.
The party was great. Stan produced plentiful sherry and I met 4 of the original Scouts and a housemaid (at the Old Rectory) and was the widow of our chauffeur. A lovely party and a lovely hug from Stan at the end.

These pictures of scouts were hanging in the Green Man until recently. Who, or when, they are is a mystery. (Click for bigger versions.) Were they taken by Barbara? 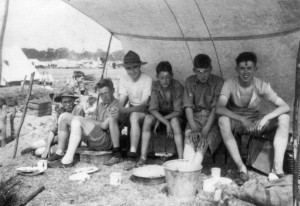 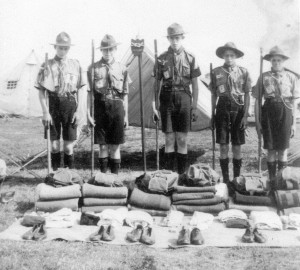 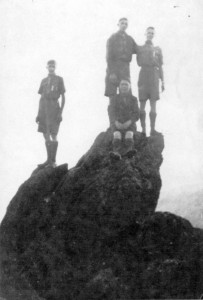 Chris Jones turned up this lovely photo below, and leant it for copying. Thank you very much, Chris. That must be Barbara Massey, in the middle. Who are the others? When was it taken? Where? Any ideas, please comment below. Click for a bigger version. 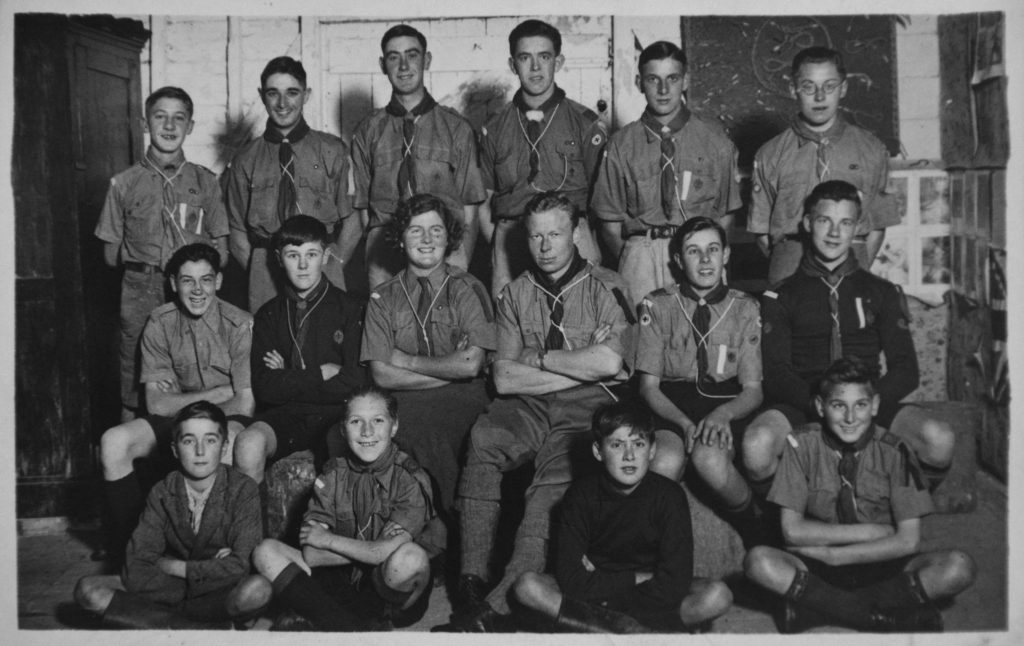 One Reply to “Boy Scouts in Eversholt”