The Boot was in Berry End. The 1765 map and field book lists it as plot T27. It was owned and occupied by Joan Houghton in 1765, described as “House, sign of the Boot, orchard at Lower Berry End”. In 1795 it was owned by “representative of J Gregory”. 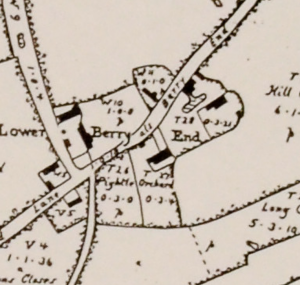 The T27 plot seems to be where the little bungalow bizarrely called 84 Berry End now stands. Again, the building has been rebuilt. There is every chance that might have been a Beer House – it’s a long way to walk to the next one! 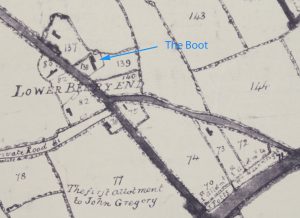 I have seen a suggestion that the name was “The Black Boot”, and it seems very reasonable that the pub sign was a boot and it was a black one, but all the written records I have seen just call it The Boot.