The Pheasant was demolished about 2008 as part of a deal to rebuild the house, which was in a poor state of repair. It was on the Tingrith Road, on the left when going towards Tingrith.

The first mention I have found in the British Newspaper Archive is in 1878 – predictably, a man was prosecuted for being drunk there.

Ephraim Brinkler, labourer, of Westoning, was summoned for having been disorderly on the licenced premises of the Pheasant Inn, at Eversholt, on the 10th inst., and refused to quit such premises when called upon to do so by the landlord. He was fined 1s. 6d. and … 6d. costs.

James Linnell got into deep trouble. 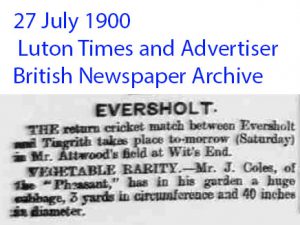 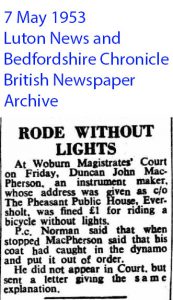 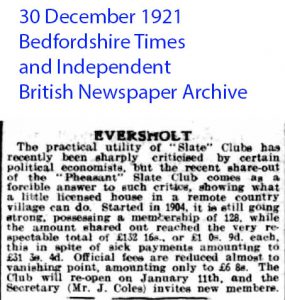 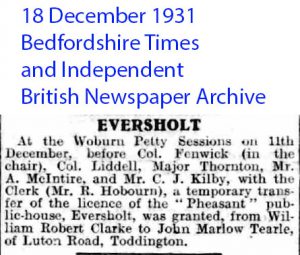 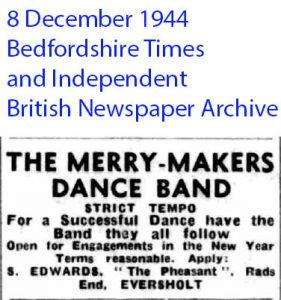 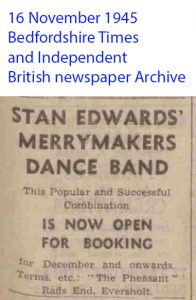 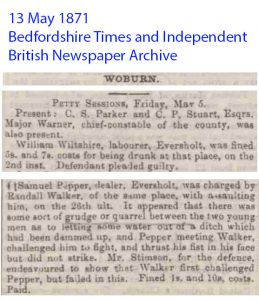 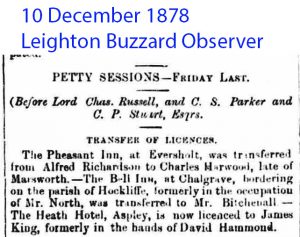 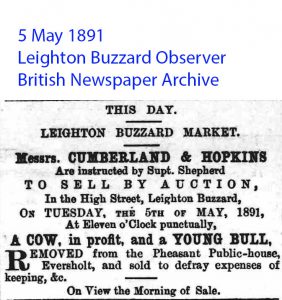 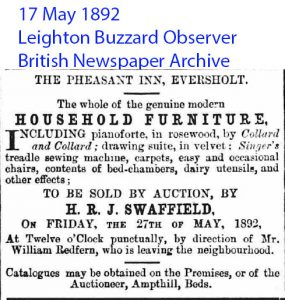 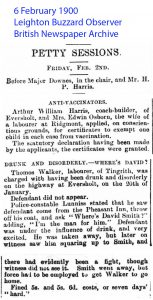 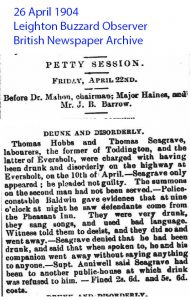 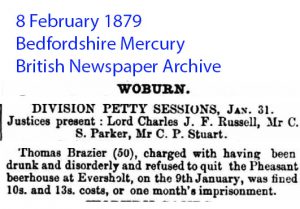