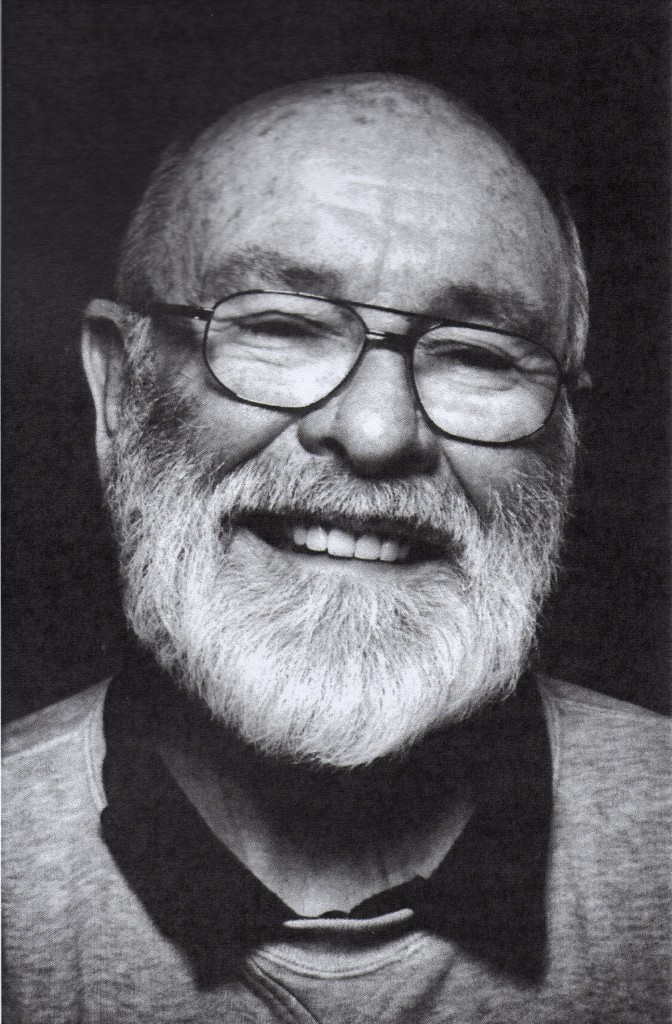 The lovely, heartfelt obituary below was printed in About Eversholt for December 2011, and Nicola Graydon kindly gave permission to reproduce it here. Text and photo on this page are copyright Nicola Graydon, please.

Mike Saunders brought light, laughter and compassion to Eversholt. When he arrived in 1976 he become the last incumbent priest we would ever have.
To this twelve year old, he was the coolest vicar she had ever met, the kind of vicar you would create if you could: he had a beard, a twinkle in his eye and a warmth that lit up the church with intelligent, funny sermons and a big, booming laugh. He was only here for three years but it seemed so much longer as he and his family occupied the old rectory and filled it also with dozens of waifs and strays:
addicts, the homeless, the lost and lonely. Even then, it seemed to me that this was Christianity in motion, although I’m not sure his superiors in the Church agreed.
Mike talked to everyone and listened to everyone. There was no judgment in him but a delight in people and their stories. I thank God that he was there when my father died young and, at this huge rite of passage for our family became, momentarily – crucially – a replacement father figure administering great big bear hugs when we needed one.
He came back to Eversholt to speak at my wedding in 2006. Once again he filled our beautiful church with his presence and he told our guests, many of them American, about the village and the people who settled here and stories from the past. I hadn’t realized till then that Eversholt held a special place in his heart, as he had filled a special place in ours.
He left the church soon after leaving Eversholt – a great loss to the Church of England but a boon for the teenagers to whom he became a career (and probably life, love and loss) counselor in his later years.
He died too soon from exposure to asbestos in his young working life, but he leaves a shining example of a life well lived. He touched so many people and left a lasting impression on all he met. He lived a life filled with love and laughter and deep-hearted service creating community wherever he went. He will be much missed. May his family, beautiful Jo and his children Brigit, Alex and Clare be comforted in their loss. And may the angels carry him home.
Mike died peacefully at home in Hampshire surrounded by his family on 10th October, 2011
Nicola Graydon