This picture used to be on display in the Green Man. It shows the cottages which still stand today at the top of the hill in Hills End. They have changed a great deal! Numbering the cottages in the picture from left-to-right as cottages 1, 2, 3 and 4: 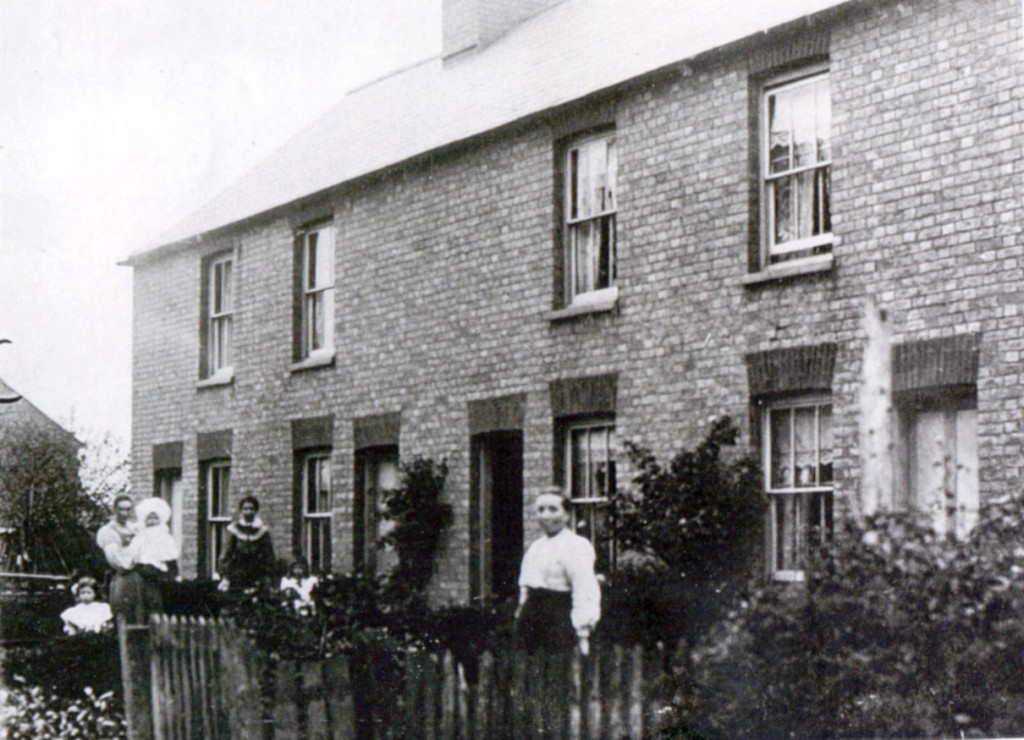 Does anyone know when this picture might have been taken? Who were the people? (Click the picture for a larger version.) Do leave a comment! Emrys Williams took the photo below from nearly the same spot. The photographer stood on the bank opposite the houses, and nowadays that’s not quite possible because the bushes are in the way, but it’s pretty close. It really is the same place, despite the apparent differences! Emrys Williams grants a  CC-BY-SA licence to reuse this photo. 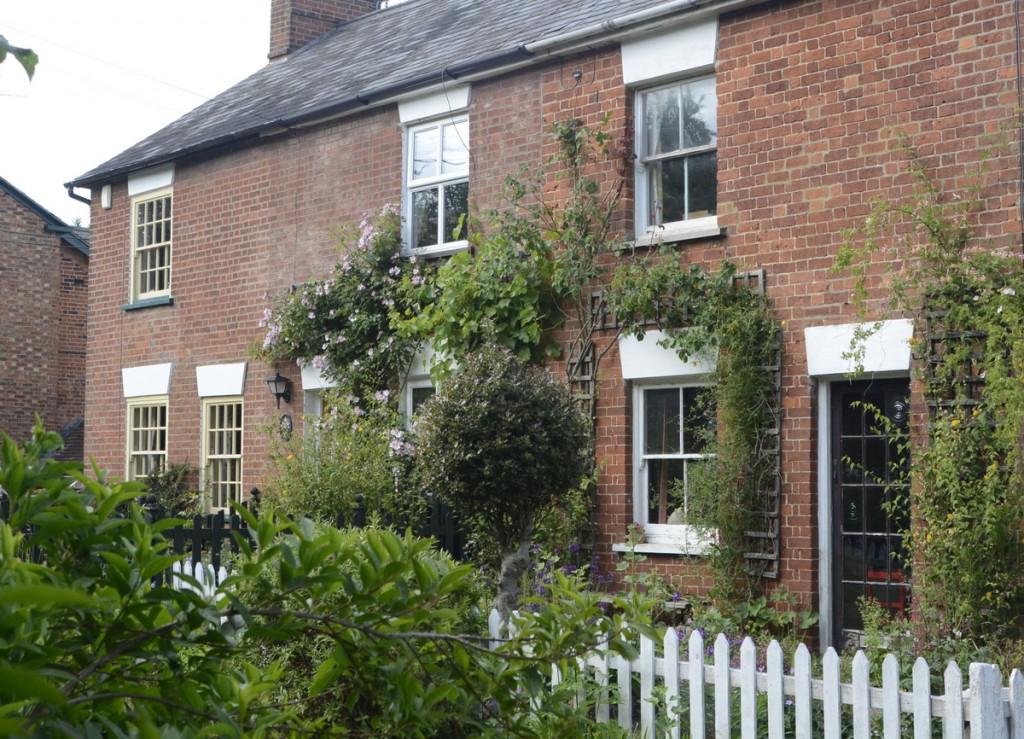 The Old Rectory in hills End was where the rector lived until just after 1900. There are several pictures of it, much faded, in the personal photo album of William Escott Collins. Here’s just one as a taster: 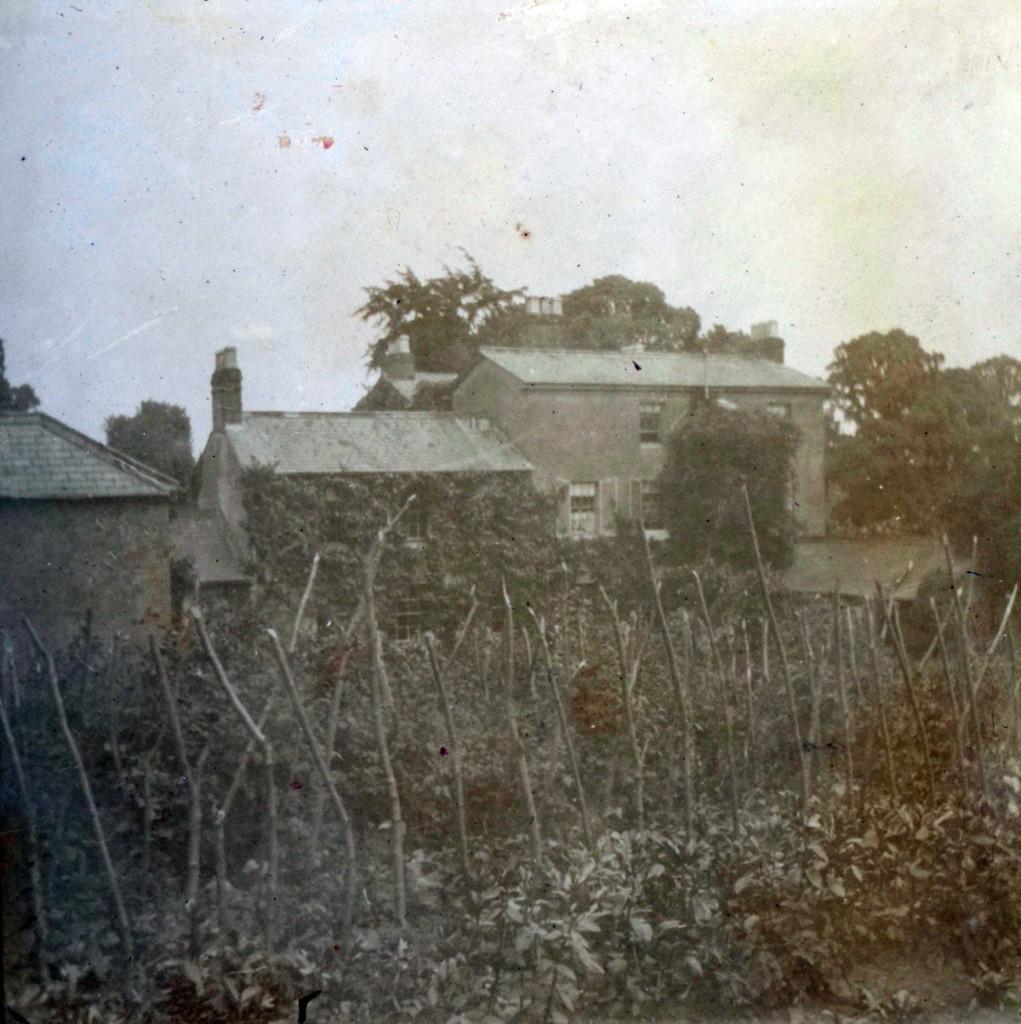 Hills End history and the rectory are intimately bound up with the Susan Deacon affair.
We have wonderful stories from the Old Rectory in the 1920s and 30s.