Hannah Johns has the distinction of being the only Eversholt resident (it is thought) to grace the cover of Country Life. 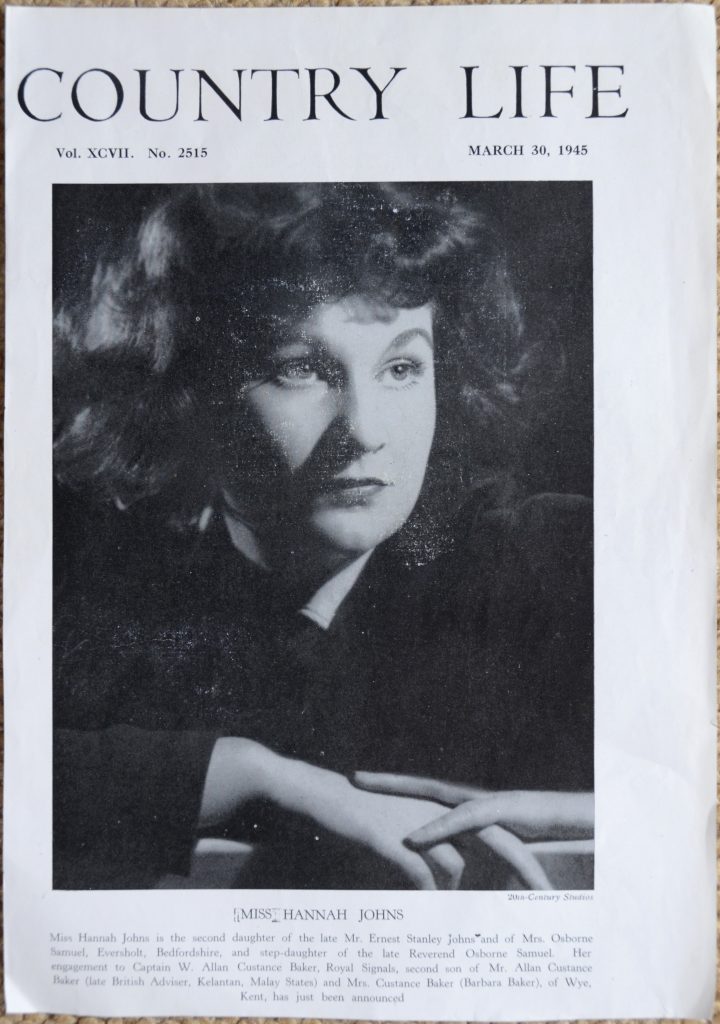 The image above is a copy of a real original cover of Country Life. Clearly they were suffering from wartime austerity! Click for a bigger version. The photographer is not specified and it is over 70 years since publication, so the image is out of copyright.

The article below is from the Bedfordshire Times and Independent of 1942-10-30. Click for a bigger version, but there is a transcription below. Hannah was clearly quite a force in the village. 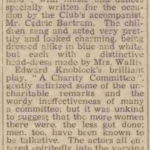 A Notable Occasion in Village Life

The village of Eversholt was very much “on the map” on Thursday last week when three plays were performed at the reading room before a crowded audience by members of the Eversholt Church Choral and Cycling Club. The Dramatic Section of this club is very fortunate to have the services of Miss Hannah Johns as producer, indeed, the whole village greatly gains by the generous bestowal of her professional talents upon it. The first play consisted of scenes from “Alice in Wonderland”, with music and dance specially written for the occasion by the club’s accompanist, Mr Cedric Bartram. The children sang and acted very pretty and looked charming, being dressed alike in blue and white, but each with a distinctive headdress made by Mrs Wallis.

Edward Knoblock’s brilliant play, “A Charity Committee”, gently satirised some of the uncharitable remarks and the wordy ineffectiveness of many a committee; but it was unkind to suggest that the more women there were, the less got done; men,too, have been known to be talkative. The actors all entered spiritedly into the varying types of character that were portrayed.

Lord Dunsany’s amusing “The Lost Silk Hat” is too witty ever to be a mere period piece, even though modern young men may not object in the least to being seen bareheaded in public. Once again the production appeared so easy and effortless that hours of rehearsal and the tireless work of the producer alone could have brought it about.

The thanks of the whole company and of the audience were expressed by the presentation of a bouquet to Miss Johns amid rousing cheers. It has since been announced that as a result of the performances about £15 was raised for the Red Cross. The Eversholt church Choral and Cycling Club is now ready to receive new members and to seek further fields for its activities. 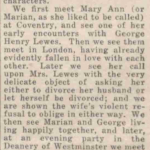 This from the Daily Herald of 1938-01-13. Hannah is a TV star! This is among the very earliest TV in the world. Click for a bigger version. 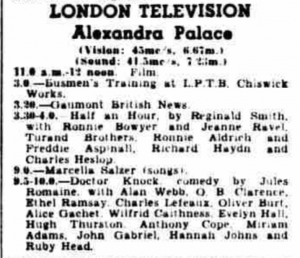 The description of Hannah’s family in Country Life  is a bit confusing. There’s a will described in the Cheltenham Chronicle of 1919-08-30: 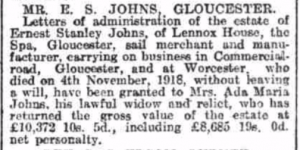 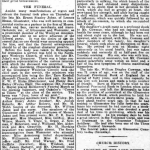 Freebmd tells that Ernest Stanley Johns married Ada Maria Dunn in Bristol in Q4 1907. It looks likely that there were three children, all registered in Gloucester: Hannah in Q4 1913, Ada M in Q3 1915, and Ernest H R in Q4 1917.

Ada remarried in 1920. Ada M Johns married Evan O Samuel in Q3 1920. Evan O Samuel died aged 45 in Edmonton in Q3 1930. By the time Hannah is engaged in 1945, Ada has been widowed for a second time for 15 years. I am having some trouble proving that this is the right samuel, but it seems reasonable.

There is a credible William A C Baker who died in Barton, Lancashire in Q2 1968.

I suspect that Alanna M Baker, born in North Bucks in Q2 1946, is Hannah and William’s child. She married Michael N Buckley in London in Q2 1968. I haven’t tracked her down further. I’d love to be able to write to Alanna and ask if she knows how Hannah came to Eversholt, or where she lived. Any good dieas? Leave a comment!