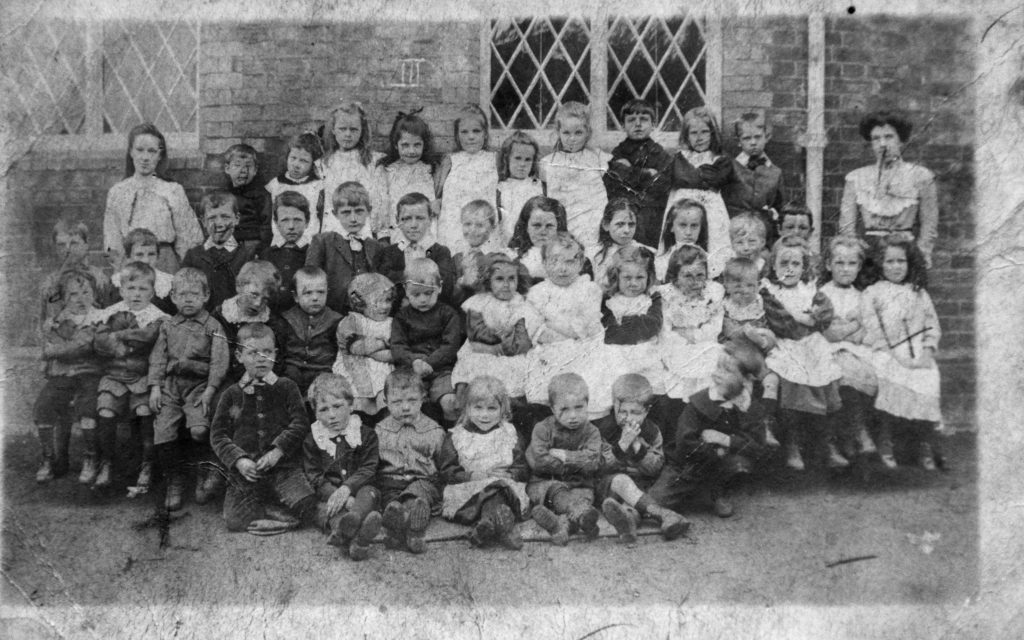 The picture above was provided for copying by Chris Jones. Thank you very much, Chris. Click for a bigger copy. It came from a terribly faded print, and this image has been severely photoshopped to make it even marginally readable. There are two adult women and a variety of children, all of whom look rather unhappy. When was this image made? The clothing does not look that different from from 1916 or 1922 images below.  Why do some of the boy have the big lacy collar covering their shoulders? There’s a clearer picture of that in the 1920 image below. 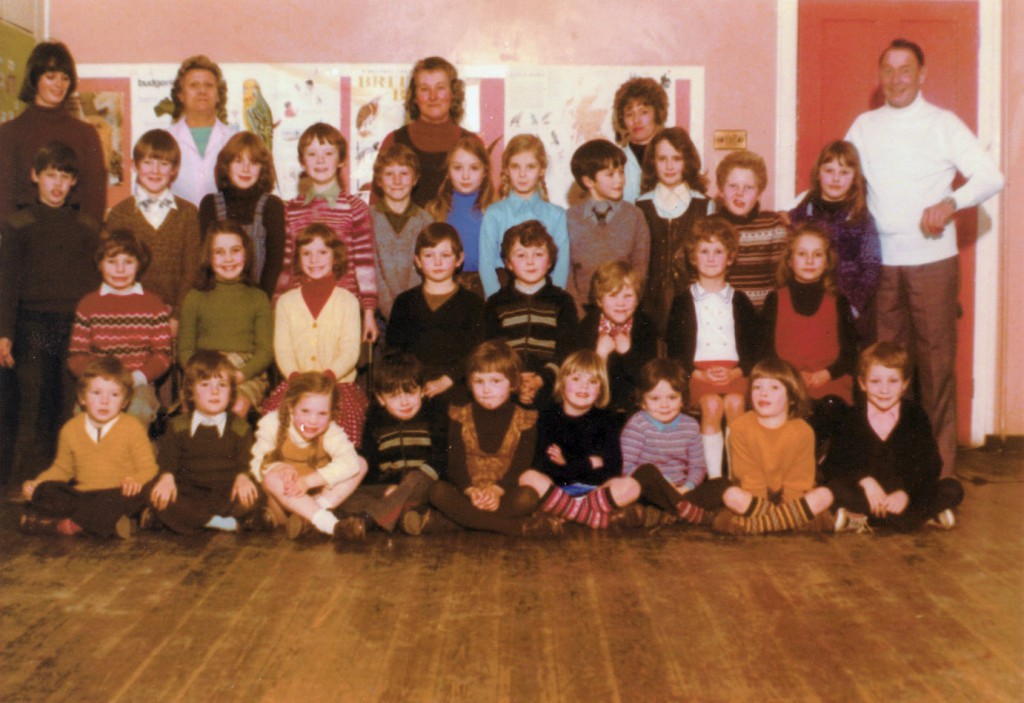 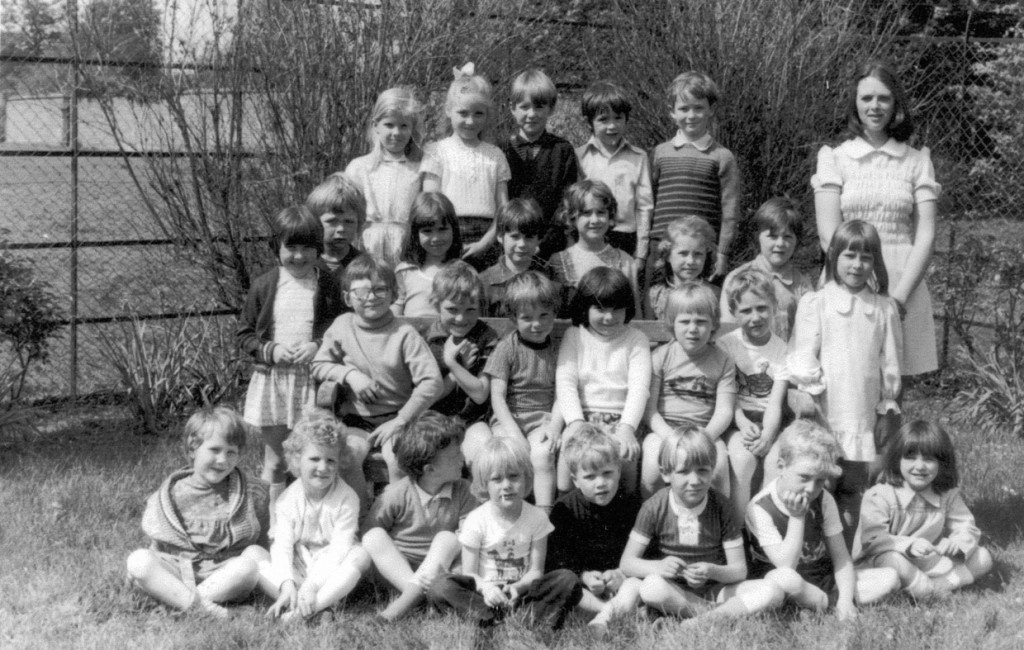 Leona Sunderland, née Daw, wrote to say she recognised herself in this picture and the 1978 one. Thank you, Leona! Anyone else, please speak up! 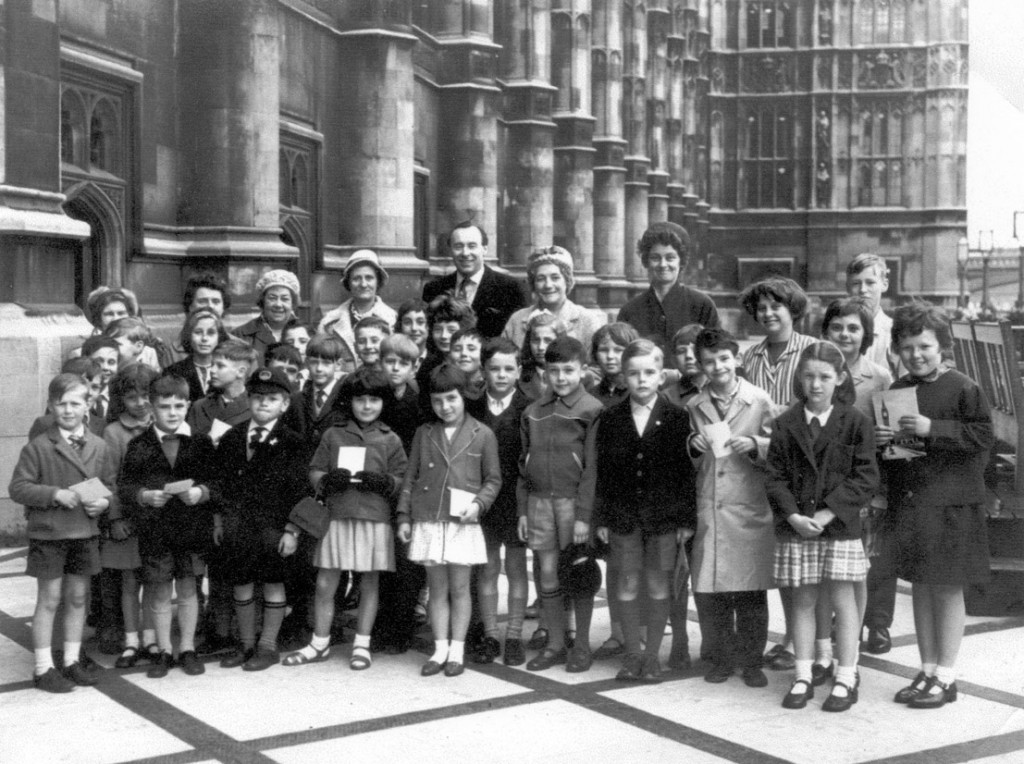 Date unknown, but 1950s or 60s. School  trip to the houses of parliament. I (EJW) originally had the MP labelled as Alan Lennox-Boyd, but Chris Hawkes puts me right – it’s Sir Stephen Lewis Edmonstone Hastings, Kt, MC, MFH. That puts the date sometime after 1960. Austin Fleckney asks if the tall woman in the dark coat on the MP’s left is Celia Burton. 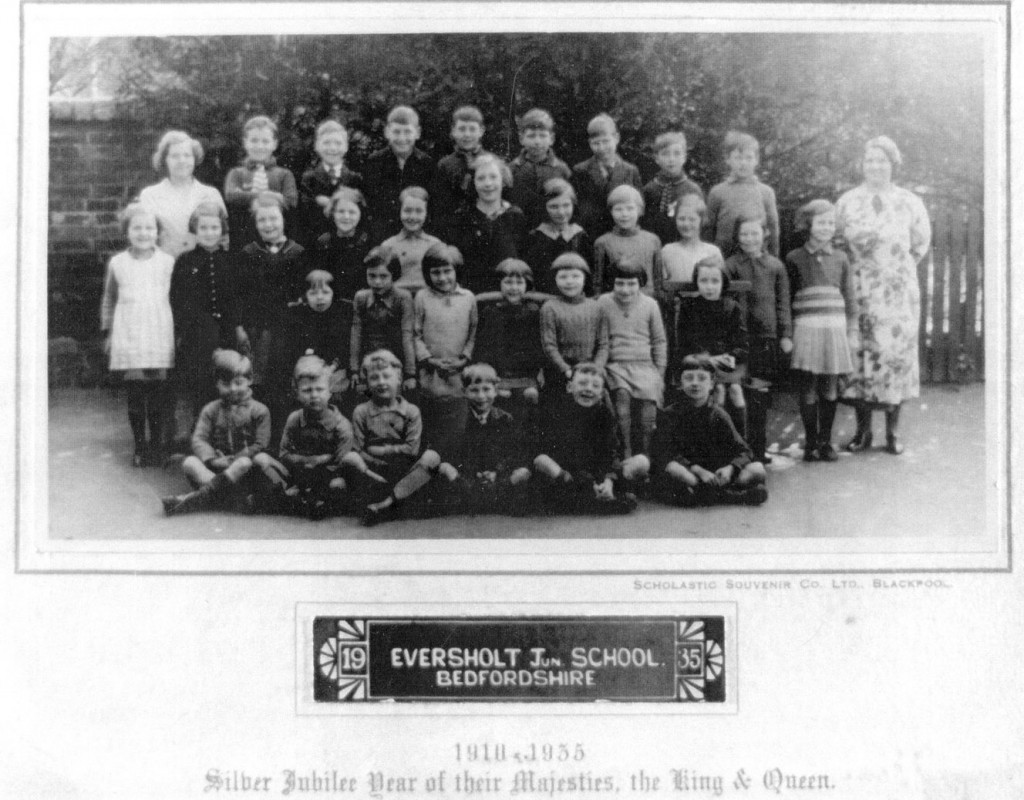 1935. Maurice Kachuk wrote to Eversholt2 to point out that the girl on the left of the seated row as we look at the photo is his mum, Winifred Bunker! She would have been 7 in 1935. The laughing chap second from the right, sitting on the floor, is Maurice’s uncle, Dennis Bunker. Thank you, Maurice. 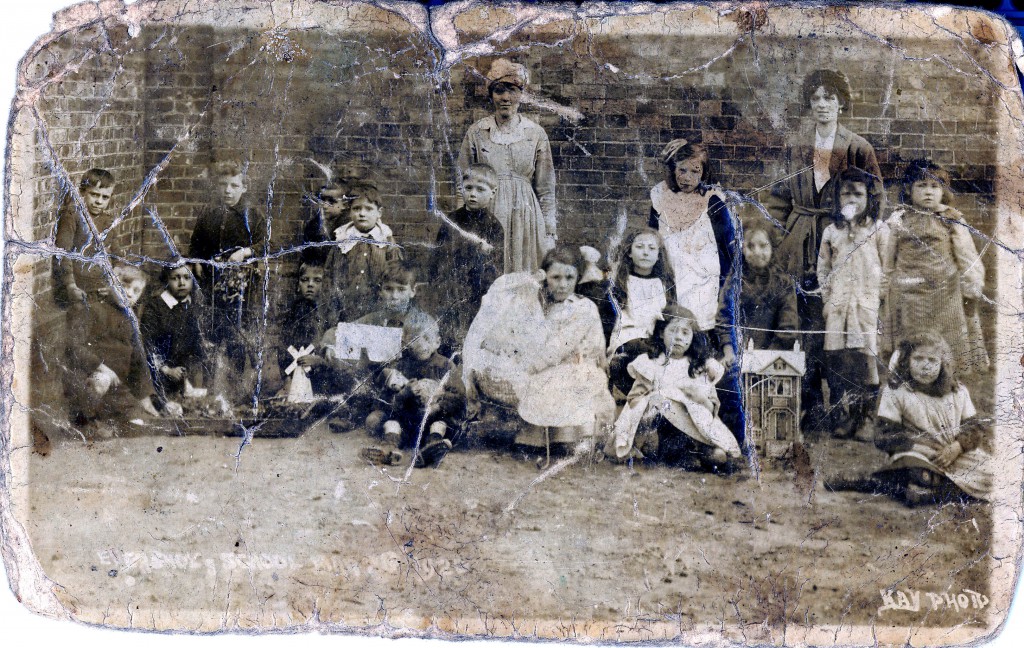 Tinies. The date reads Mar 2? 1920, so may have been the same day as the two photos above. This photo was contributed by David Street, who contacted us. Boys and girls kept separate and playing with oh-so-gender-appropriate toys, a farm for the boys and a dolls’ house and a crib for the girls.

David Street writes: “I think Freda [Brazier, David’s grandmother] is the one sitting on the floor on the far right and one of her sisters standing behind her. She had 3 older sisters and a younger brother so all of them are likely to be in the pictures somewhere (She would have been 9 in 1920). “ 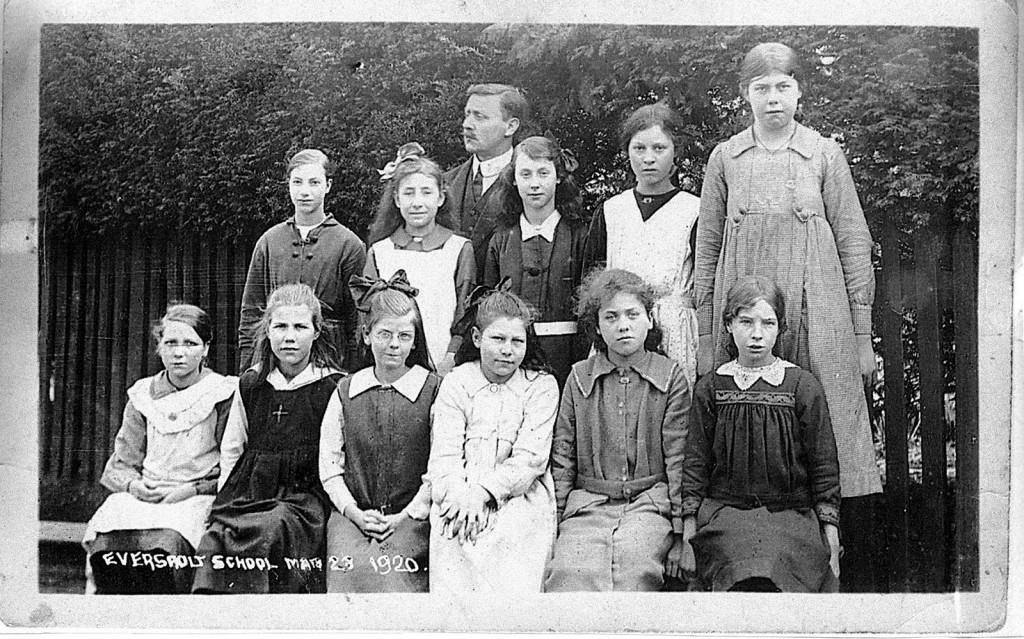 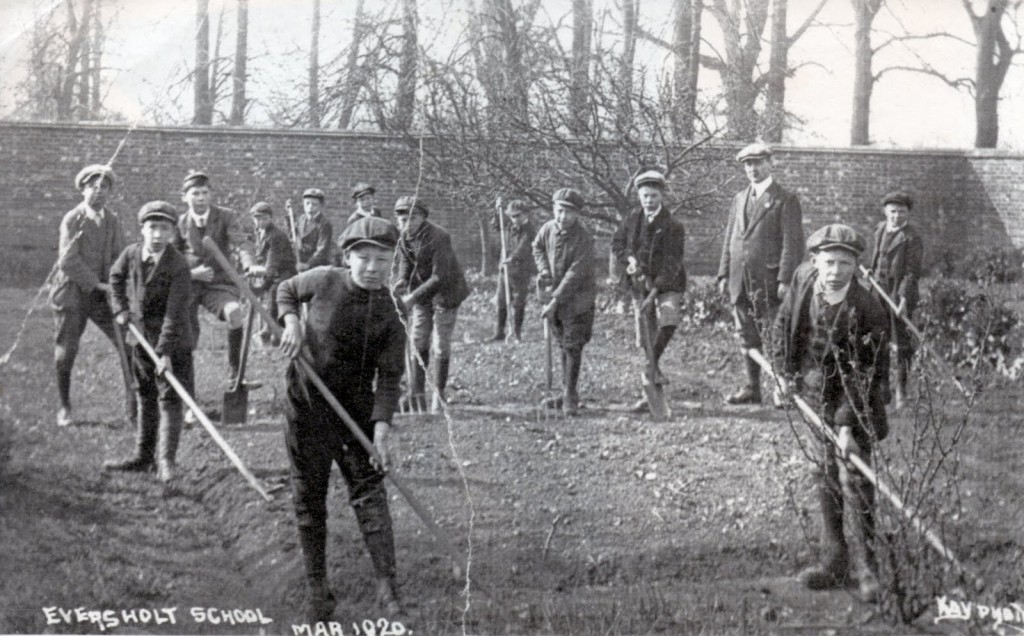 Boys, March 1920. Does anyone know just where this picture was taken? Vocational training is not a new idea, it seems! 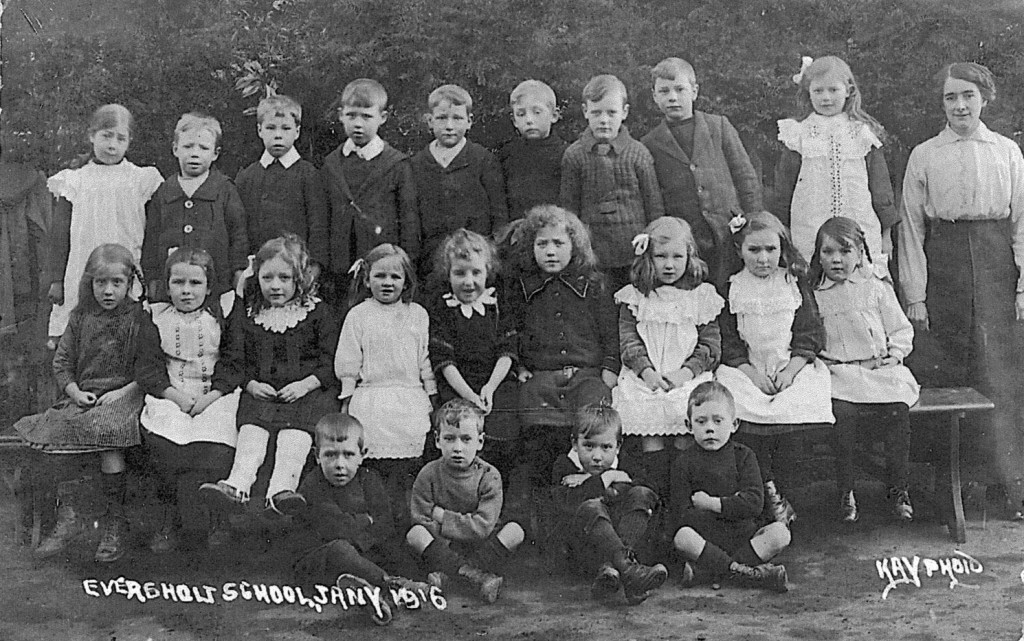 January 1916. None of these children look very happy! Some of their fathers, perhaps most, were fighting and dying in WWI. 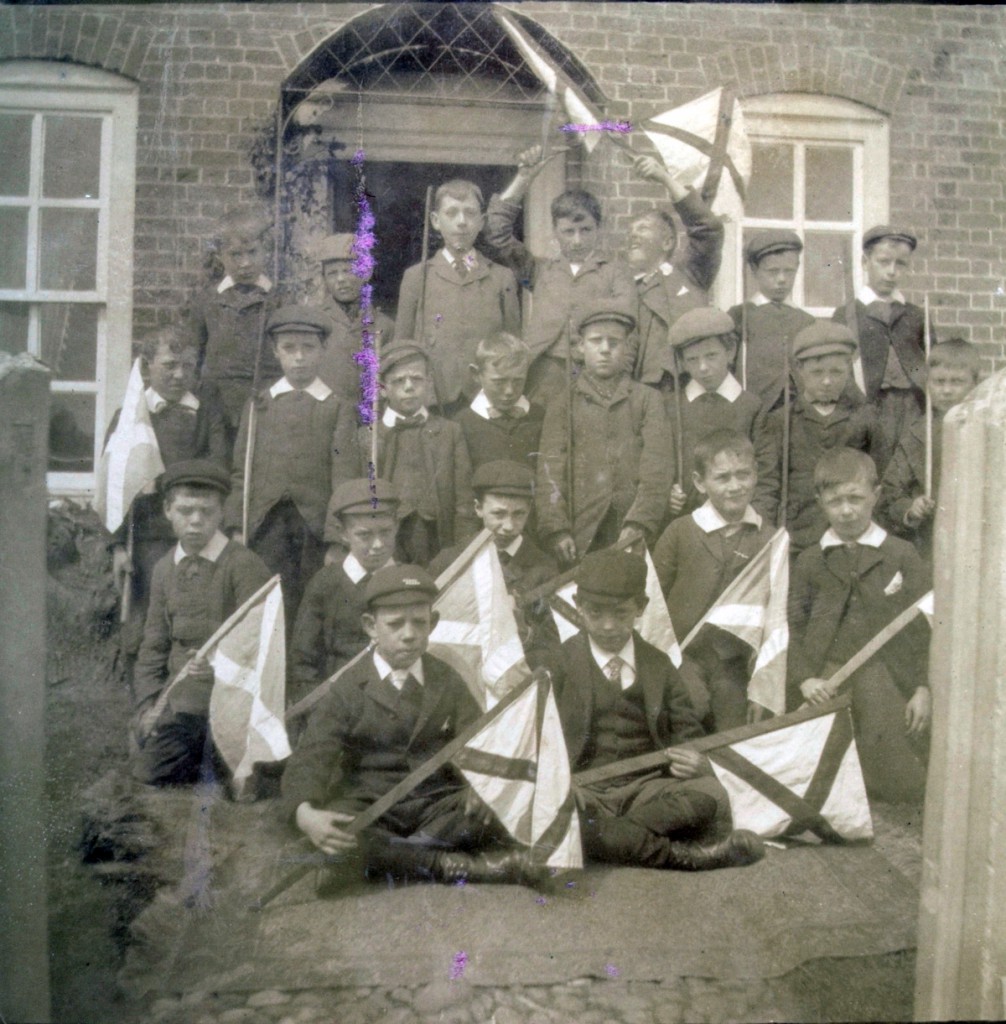 This picture of boys outside Eversholt school comes from the personal photo album of William Escott Collins, rector of Eversholt from 1900 to 1937. The photo was probably taken some time between 1900 and 1910.

The next three photos were provided by Doreen Jones in 2020. Thanks very much, Doreen. 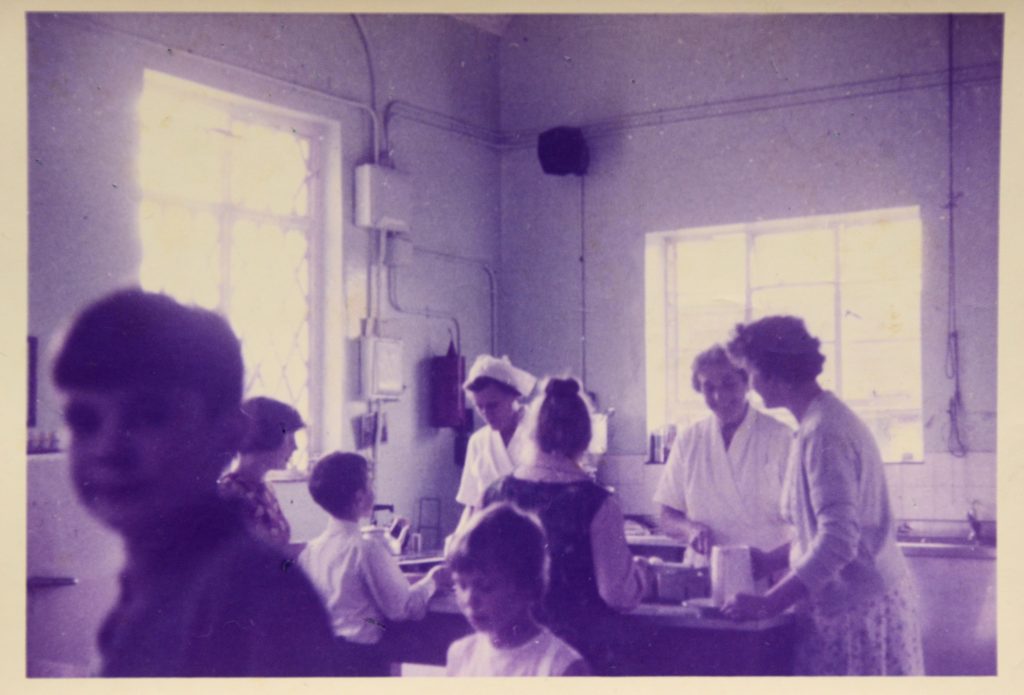 It’s a very faded colour print, from the 1960s. Who is everyone? Here’s a handy key: 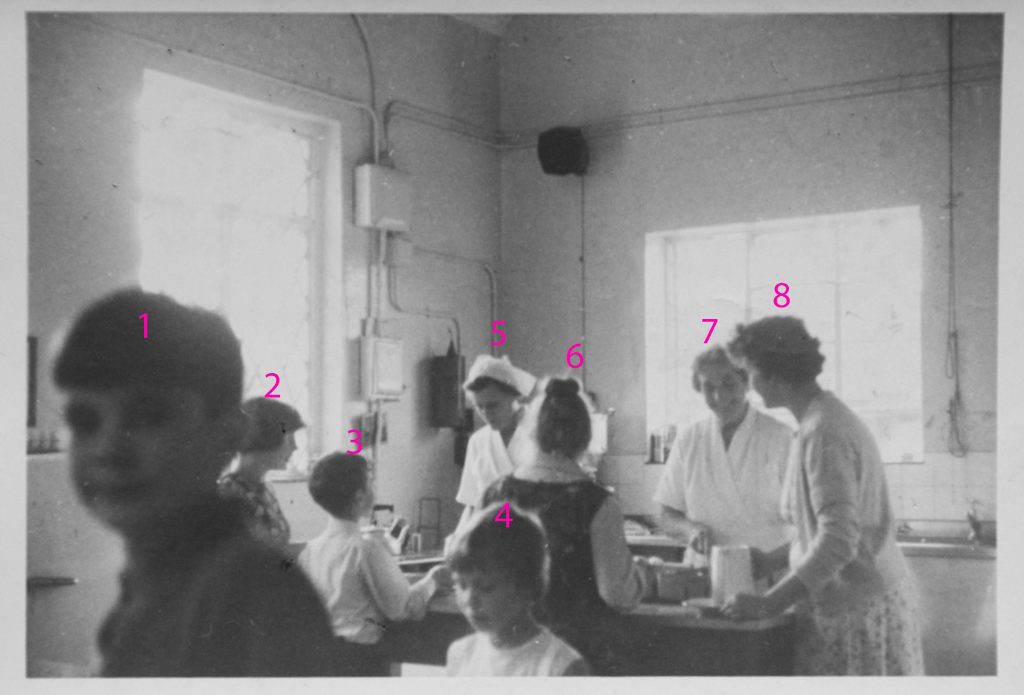 Doreen says that person 5 is Mary Barr and person 8 is Ivy Oakley. Any better ideas? Leave a comment!

Here’s another one from Doreen, a class photo, don’t know when. 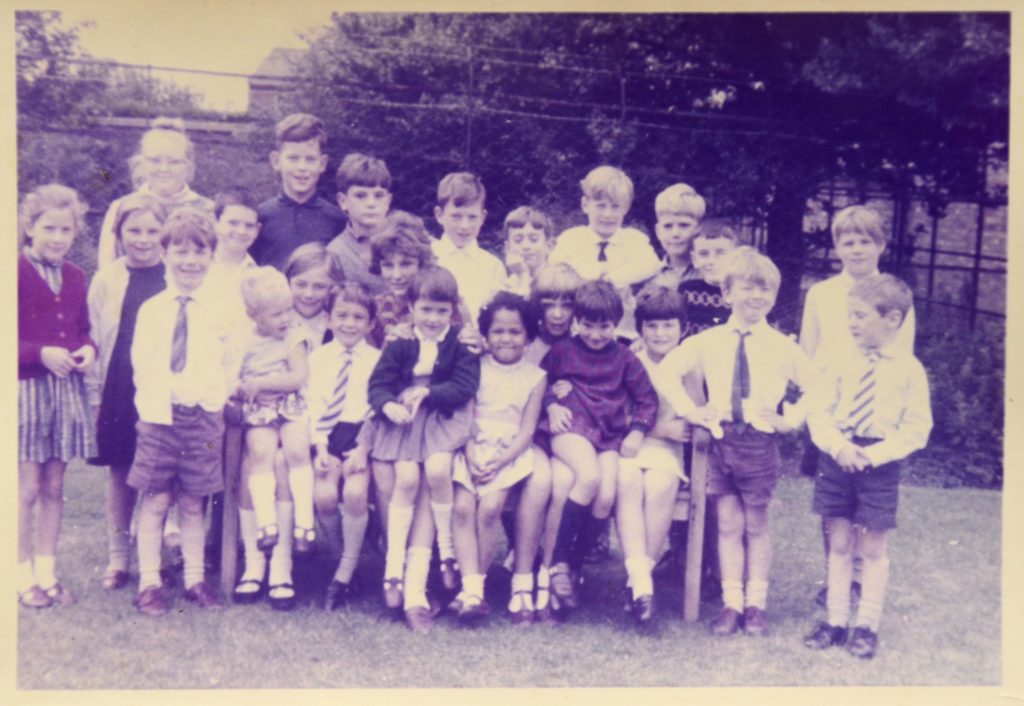 and another. Was this taken on the same day? The teacher looks the same. 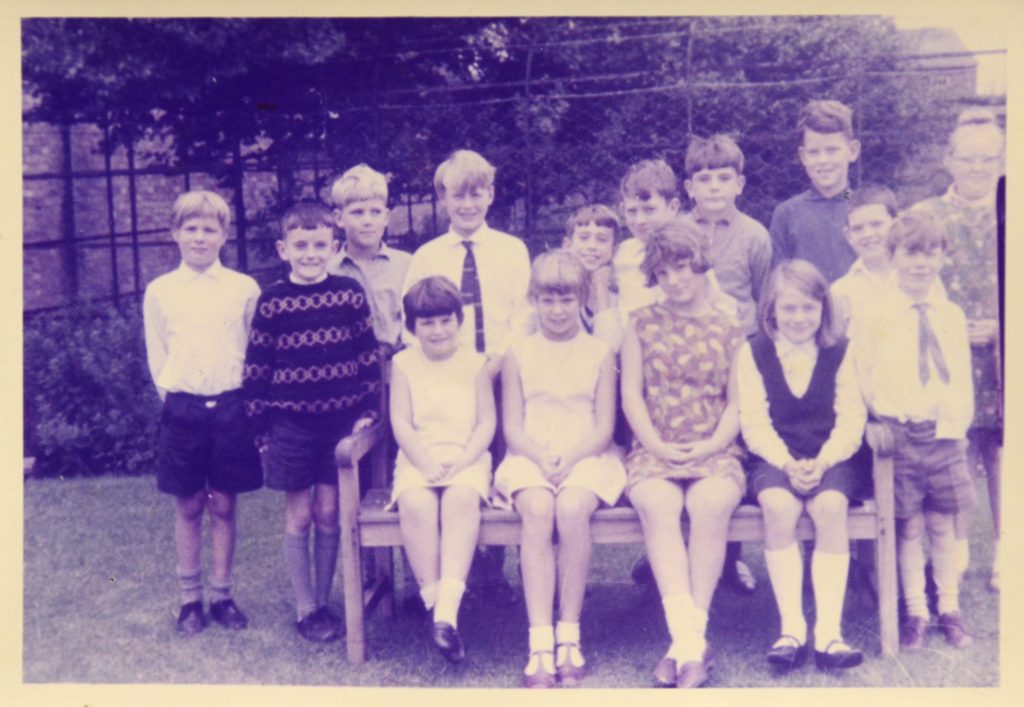