The Poor Law either attempted to provide relief for those unable to fend for themselves, or was the minimum that rich people could do to avoid the streets being cluttered with the bodies of dead beggars, depending on your politics. It was certainly often very harsh.

This page is a place to gather the stories and records of the operation of the poor law and the workhouses that went with it.
The picture below shows what is reputed to have been the Poor House of the village, next to where the Green Man sits now. The stocks in front are a gentle reminder to the inhabitants, presumably. There are many copies of this picture extant in the village today, and most seem to show an out-of-focus effect at the left hand edge. EJW took this photo, hand-holding his Wileyfox Swift phone (£99.99 in 2015) in flourescent light from Thomas Fisher’s book of Bedfordshire etchings. (Click for a bigger version). The caption on this version reads, “Eversholt in Bedfordshire. A house near the church, the property of the poor. Drawn A.D. 1815 and etched April 1836 by Thomas Fisher. Aquatint by H. Gleadan.” [Gleadan?] 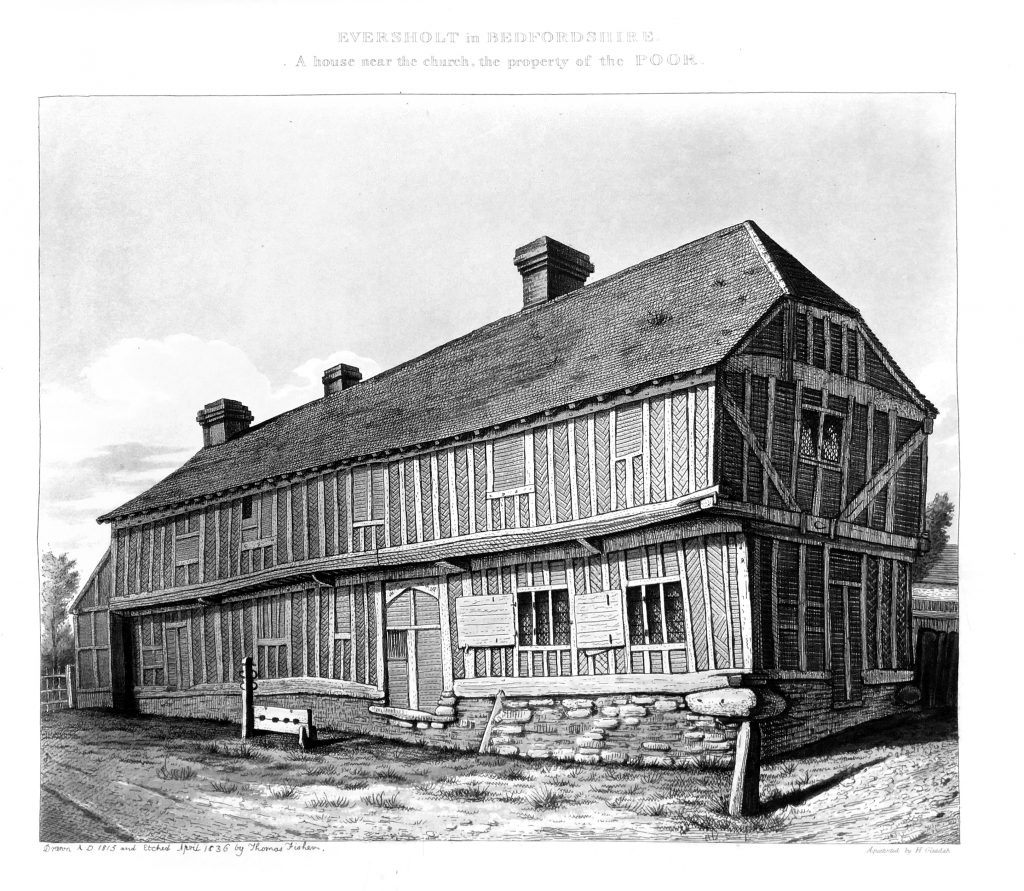 In 2017, Martin Kennedy commented to EJW that he believed that the large rock beside The Green Man is actually the rock seen in the front corner of the above picture. It certainly would have been hard to move a rock of that size when the poor house was demolished, so he may be right.  All of the photos we have of The Green Man show the rock in approximately the same place. Does anyone actually know the answer?
The Poor House can also be seen in the background to the picture of Church Farm.
The school we never had was to have been built on this site around 1840 – just after the village joined the Woburn Union and the local Poor House would have been redundant, so that matches.