In May 2012, Maurice Kachuk and his mother, Winifred Tkaczuk nee Bunker, contacted Eversholt2 to tell us some history. Winifred’s grandmother was Mary Ann Bunker. Maurice and Winifred visited Eversholt and brought treasures to share – thank you very much, both of you. Copyright of any items on this page remains with the original copyright holders, please. Contact us here if you’d like to make copies.

Here is Mary Ann Bunker. Click for a bigger version. 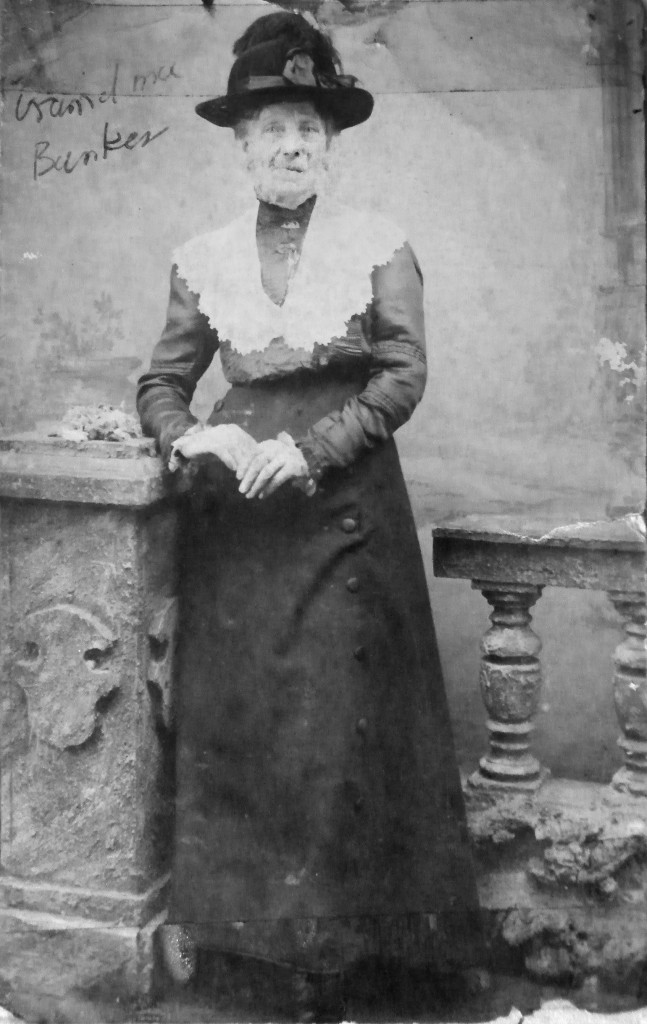 The prime exhibit was Mary Ann’s copy of her contract of employment, such as it was, with the Bedford Estate in 1911. Here are pictures of the original paperwork. The photographs are not great, but the original is very stiff and firmly folded, and we didn’t want to damage it by flattening it out too much. Again, click for bigger versions. 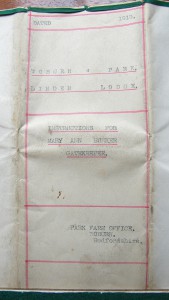 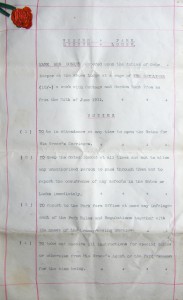 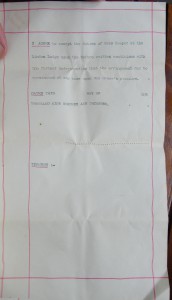 The text of the contract says:

[sic] ANN BUNKER entered upon the duties of Gate Keeper at the above Lodge at a wage of TEN SHILLINGS (10/-) a week with Cottage and Garden Rent Free as from the 24th of June 1911.

I AGREE to acceept the duties of Gate Keeper at the Linden Lodge upon the before written conditions with the further understanding that the arrangement may be terminated at any time upon His Grace’s pleasure.
Dated this ………… day of ……… one thousand nine hundred and thirteen.
…………………
Witness:-

So the contract seems to have been regularising a situation in 1913 that had gone on informally since 24 June 1911. The duties were likely not onerous. The track past Linden Lodge at that time led only to a small farm, and the traffic would have been very predictable. The Lodge where Mary Ann lived, and likely the very gate that she guarded, can be seen here, and it’s still there today in Tyrells End.
The Duke acquired Linden Lodge and the surrounding farmland when he bought the Linden Estate sometime before 1890. He had all the buildings, the grand house and the cottages around it, demolished, and they were all gone by 1901. The only one left standing was the gate lodge to the grand Linden house, called Linden Lodge, and this is where Mary Ann Lived. The contract is unusual because it is with a woman. A gatekeeper in those years would normally have been a man. Perhaps it was a sinecure to see out the widow of an old employee? The 1911 census [Ancestry login needed, sorry] shows:

and Mary Ann is listed at the top of the census form, but is not listed as the head of the household, but instead as “wife”. Where was her husband? Here’s her marriage, from Freebmd:

Joseph and Mary Ann are listed as living in “New End”, Eversholt, in the 1891 census. New End was what Linden and the cottages around it were called in the 1881 census, but by the 1891 census, there was only one house left, Linden Lodge, so that must have been where the Bunkers were living. Joseph was listed as a “gardener’s labourer”, born in Steppingley about 1848. They were still living there in the 1901 census, when one of their children was Frederick C Bunker, who was Winifred’s father, born about 1898. The only credible-looking record of a Joseph Bunker dying is in 1918 in Biggleswade, so what he was doing on census day in 1911, and why Mary Ann was the gatekeeper instead of Joseph, remains a bit of a mystery.