WHERE DID OUR WOODLAND GO?
I woke to the sound of chain saws yesterday. Throughout the day, the buzzing was interrupted only by the echo of splitting wood and the crashing of trees to the ground. As each hour passed our horizon changed. Where once there were trees on the brow of the hill leading to Woburn Deer Park, now there is empty sky.
In old Ordnance Survey maps this strip of woodland is known as Wall Close, no doubt because it bordered what was once a wall alongside the park. While it wasn’t ancient woodland, it was well established with tall trees arching towards the light and a dense underbrush of nettle, brambles, shrubs and bracken providing habitat for innumerable small borrowing things, insects and birds.
Last Autumn, on an afternoon walk, we came across a stag staring at us, a dappled light streaming through the branches rendering him almost invisible. He stayed as still as a statue, no doubt feeling himself protected by the trees and undergrowth around him. And in the early Winter days, each evening a white owl would swoop away from those trees, and hunt the fields in front of our house so low it was as though its wings were stroking the high grasses as it searched for prey. 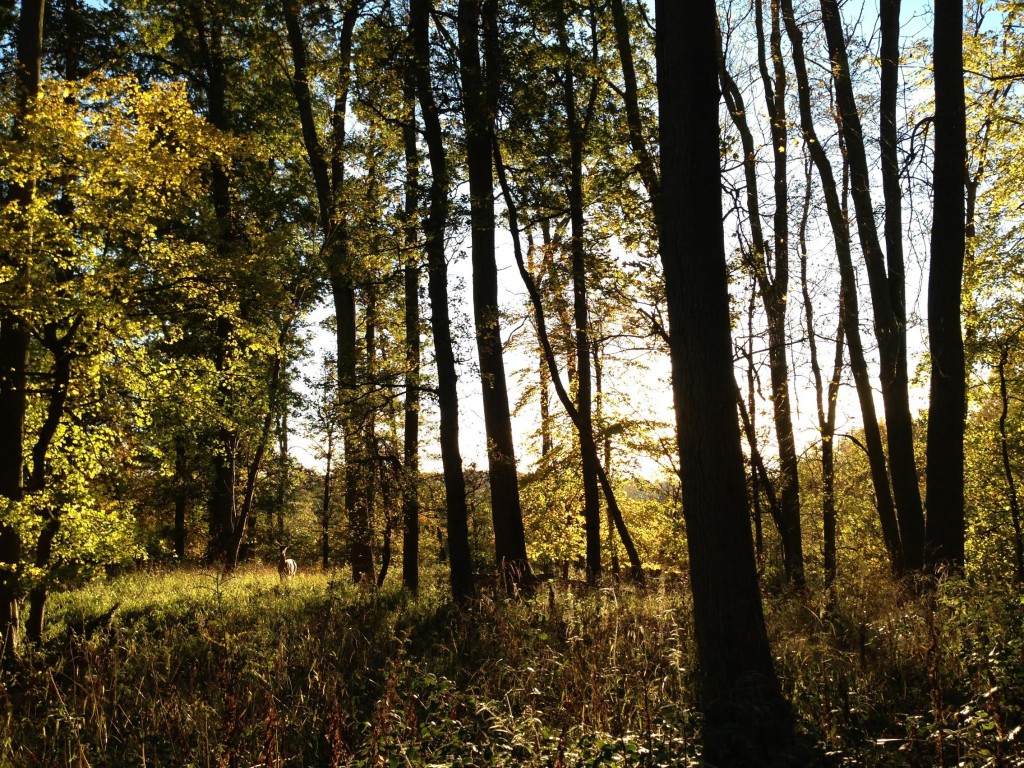 I walked up today and the work is done. The trees felled and stacked on top of one another in neat, dead piles. A once charming footpath now looks like something out of a war, mud churning beneath the feet, splintered branches littered about and signs spring – snowdrops and other budding things – buried beneath tire tracks. 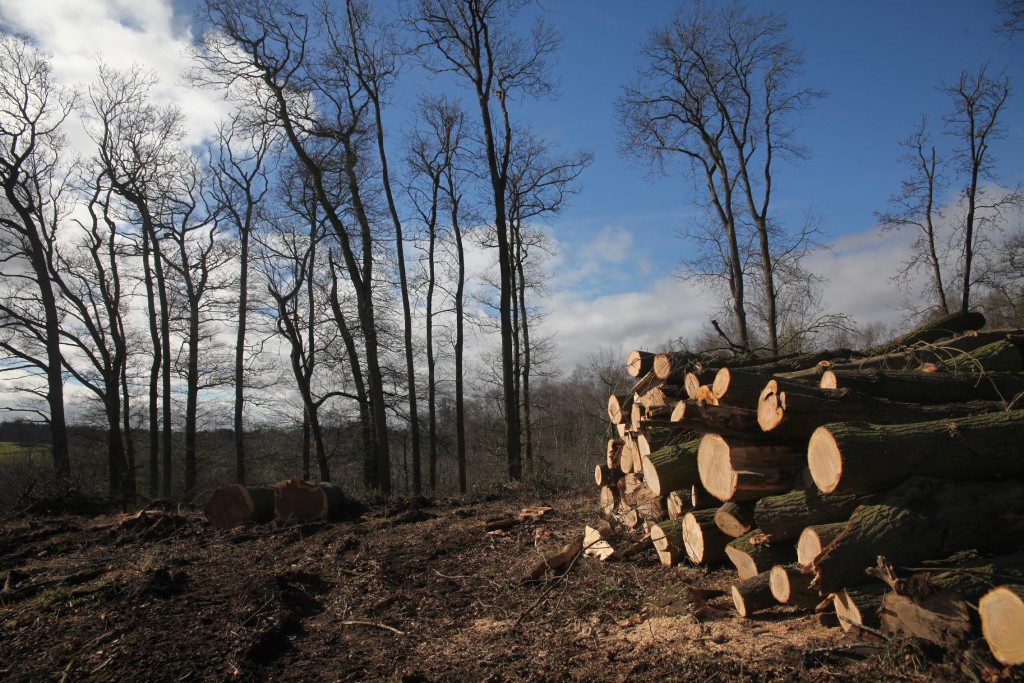 Of course, it’s not my land so I shouldn’t take this personally but I do. It brings back painful memories of the decimation of Briar Stockings Copse just below where I grew up in New England Cottage. Briar Stockings was ancient woodland. It had that dense, earthy smell that really old woodland retains thanks to the decades and decades of old growth dying back into the soil. Fallen logs covered with moss were allowed to melt back into the earth, bluebells and wild garlic flourished where light fell beneath a natural canopy that had been formed through the ages as old trees fell and new ones took root.
It was a magical place and, even for a child, entirely different from the part of the corpse that had already been felled and replanted further up the hill towards Wakes End Farm. There the tall, uniform trees seemed like ghosts and the ground beneath them was sucked dry, devoid of life.
Briar Stockings today is really just a path leading through a wood where walkers are assailed by Private Property notices that prevent them wandering into woodland that is, anyway, a shadow of what it once was.
Then, as now, Briar Stockings was felled without any notice. It just happened. Once again, Briar Stockings was not my land and I shouldn’t have taken it personally but it was where I spent the hours and days of my childhood exploring, creating dens, observing insects and birds. And in my childhood memory, the wood was felled just after my father died when I was in my early teens. Today, my father’s death and the loss of this woodland, seem entirely connected: the loss of sanctuary.
The land means something different for all of us. Wall Close was, for ramblers and dog walkers, simply a rather lovely entrance to the park on a weekend afternoon, for myself it was my horizon and a tall, sturdy feature on a nearby hill and, for the wildlife that sheltered there, it was home.
For the landowners, Andrew and Louise Russell, Duke and Duchess of Bedford, it was clearly just a commodity to be harvested much like wheat or barley. I am quite sure they have never walked there as, indeed, I am sure that before Andrew, his parents, Robin and his wife, Henrietta, never visited Briar Stockings or, if they did, it was not a significant place in their memory – if it had been they could not have taken the decision to cut it down in the way that they did.
It’s interesting to me that the word ‘stockings’ is a corruption of the word ‘stakes’ which were used to divide woodland between the peasants who gathered wood there. I was one such peasant who gathered memories and flowers and beetles and, as peasants and children do, inveigled myself into that land. But I did not own it and nor do I own this little destroyed corpse above my house.
I understand that the Bedfords can do with this land what they will. But, the next time, when the chainsaws and bulldozers are about to spend the day altering my landscape, and the landscape of this village, a simple note to us all in advance would be much appreciated.
This piece has been brought to the attention of the Bedford Estate foresters, and this website would be pleased to publish any response they’d like to share.